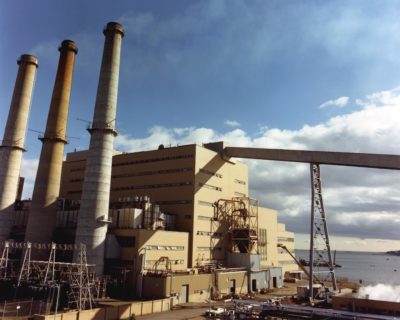 An Executive Order's Impact on the Power Sector

In March of 2017, an Executive Order was signed that, among other things, starts the process of rolling back the Clean Power Plan. In light of that, we review what the Clean Power Plan is, what are its goals, why were the emissions reductions established, and finally how the Power Sector Emissions Index will help track the carbon intensity of electricity before and after this Executive Order.

What is the Clean Power Plan (CPP)?

The CPP is a policy that sets targets for each state for average emissions goals that need to be achieved from existing power plants.

Why where these emission reduction goals established?

The Supreme Court decision in Massachusetts versus EPA in 2007 determined that greenhouse gases – and thus CO2 – are considered an air pollutant under the Clean Air Act, thus providing the Environmental Protection Agency (EPA) with the authority to develop emissions guidelines for CO2.

Why is reducing greenhouse gas emissions from the power sector important?

The power sector in the U.S. accounts for roughly 30% of U.S. CO2 emissions. Given the importance of deep de-carbonization to avoid the negative effects that climate change will have on people, the power sector is the perfect candidate for emissions reductions because: (1) there are existing technologies that have low-carbon emissions and these could provide a larger contribution to electricity generation; (2) it’s easier to regulate and decrease the emissions from a few point sources such as power plant smokestacks versus regulating many distributed sources such as cars or households; (3) the transition to low-carbon electricity generation technologies enables the co-benefit of also decreasing other pollutants that have health and environmental effects, such as particulate matter, SO2, NOx, and mercury

Tracking the emissions from the U.S. power sector.

However, given the Executive Order, we may not see emissions reductions progress as rapidly, and may even see an increase, rather than a decrease, in the emission intensity of the U.S. power sector. Our Power Sector Carbon Index can help track how the carbon intensity of the grid changes in the months and years ahead.